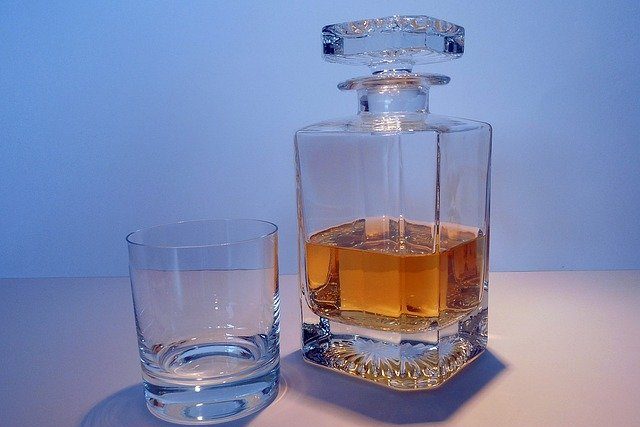 Bourbon is known as America’s spirit, but where does the name come from? In this article, we dive into the facts about this delicious whiskey. We will reveal the full history of bourbon, why it has the name, and the unique characteristics of the sweet beverage.

Why is Bourbon Called Bourbon?

The name “bourbon” goes all the way back to the French royalty. Their surname was… yes, you guessed it… Bourbon! However, it is unlikely that bourbon whiskey is named after French royalty.  It is believed that bourbon is called bourbon because of the Bourbon County in Kentucky, which is where the alcohol was first distilled and produced, over one hundred years ago. In fact, over 90% of the world’s bourbon is still made in Kentucky!

What is Bourbon Whiskey?

Bourbon whiskey is a type of whiskey that meets strict criteria, as seen in the bullet points below:

There is no minimum amount of time that bourbon should be aged for. In fact, there are some bourbon whiskies that have only been aged for a few months before being sold in shops. However, straight bourbon must be aged for at least two years to be labelled as straight bourbon. The final labelling law states that bourbon aged for less than four years must include the exact number of years that the bourbon was aged for.

The History of Bourbon

The history of bourbon whiskey is not well-documented in the history books. Much of what we know today is based on theories and rumors that were passed down from generation to generation.

The most legitimate theory is one that dates way back to the late 1700s. It states that the European settlers brought their knowledge and passion for distilling. And what did they do when they discovered the abundance of corn in Kentucky? Well, they distilled it into delicious bourbon of course. They used traditional techniques with a new type of mash, and we are extremely glad they did!

Bourbon BOOMED during the 19th century, with it being available for cheaper prices than the important alcohols. The sweet taste of bourbon became something everyone wanting to try.

Unfortunately, things came to a halt in 1920 with the 18th Amendment to the U.S. Constitution. This amendment, known as the Prohibition, banned the distillation and sale of intoxicating alcohols. Until 1933 when the 18th Amendment was repealed, the American distilleries were ruined. It took years for them to recover, but we can now be happy that everyone in the United States can once again drink delicious bourbon whiskey.

Who is the inventor of bourbon?

As we mentioned above, the exact origin of bourbon is not known, although there are a few beliefs. Most historians believe that Elijah Craig was the first person to create bourbon whiskey. Craig was an inventor who is credited with first aging whiskey inside charred oak barrels, which gave the unique bourbon taste.

Although Craig may be the first to make bourbon whiskey, it was Jacob Spears who first labelled his whiskey as “bourbon”. This legend is believed to be true in the state of Kentucky, but not seen as truth across all of the United States. In truth, there was no single first person who made bourbon and shared the technique.

Bourbon is currently the most exported spirit from America with total yearly sales of $3.7 billion. These impressive stats highlight just how big the bourbon market currently is. As a spirit that must be made in the United States, the country is more than happy to promote the drink.

According to DISCUS data, the volume of whiskey cases increased by 28.5% from 2009 – 2014, with high-end bourbon whisky experiencing the biggest growth. This statistic shows how the demand for bourbon is increasing and customers aren’t concerned with the price increase. In fact, customers seem to be fighting for the chance to own bottles of the rare bourbon whiskies.

Of course, this massive demand for bourbon is great news for the suppliers. In fact, gross supplier revenues for bourbon whiskey increased by 46.7%. Again, it was the high-end bourbon that supplied the majority of the revenue.

Today, bourbon is more than just a delicious drink. It is used in a wide range of confectionary treats, like syrup, cake flavouring, sugar, and as an ingredient for baking pies. The sweetness of the bourbon works well with savory dishes too. It’s not rare to find bourbon in the sauces for ham, steak, and chilli.

To sum up, it is believed that bourbon is called bourbon because of Bourbon County in Kentucky, which is where the alcohol was first distilled and produced over one hundred years ago. In fact, over 90% of the world’s bourbon is still made in Kentucky!

The name bourbon has nothing to do with the surname of French royalty. In fact, the product was born when Europeans settled in the United States during the late 1700s, they brought their knowledge and passion for distilling. And what did they do when they discovered the abundance of corn in Kentucky? Well, they distilled it into delicious bourbon of course. They used traditional techniques with a new type of mash, and we are so glad they did!